A couple of weeks ago Apple announced the 50B download competition. It is now too late to enter as someone, currently unknown is the lucky winner of the $10K iTunes card.

Let’s stop and look at the iTunes business and relate this back to an earlier post about the value of the eco system. The 50 billion number includes all apps globally some of course free and some paid for. That’s just the app store and does not include all the content: Books, Songs, Movies and in store purchases.

So just how big is the Apple content store?

Apple have expanded the iTunes store and now offer:

In the latest quarter the iTunes top line grew by 32% to just over $4 billion (a new high) and the company suggests that this rate is maintainable by stating it has a “$16 billion annual run rate”. The pattern of revenues is shown below with graphs care of Asymco. 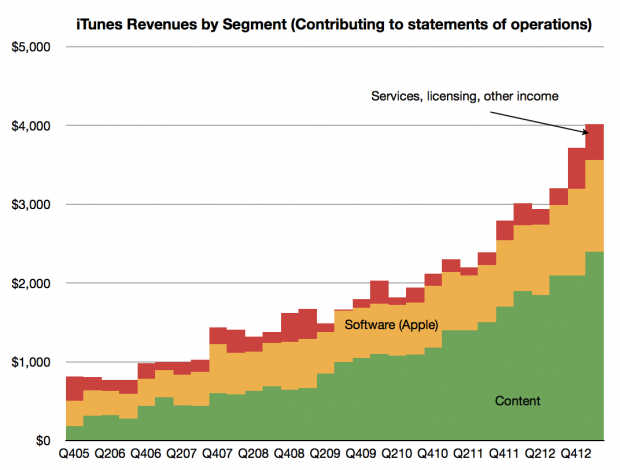 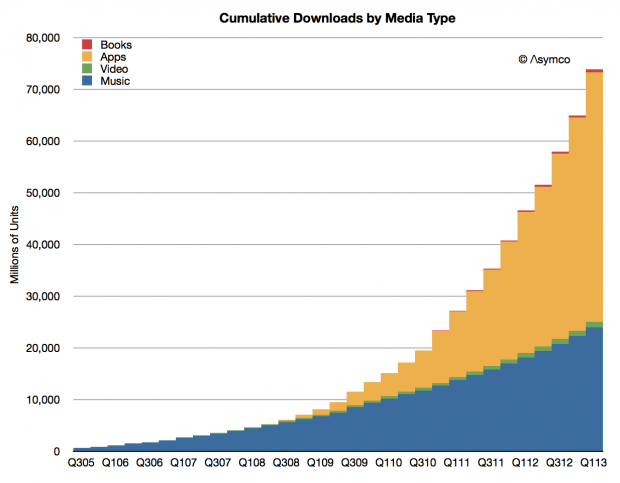