Apple are raising UK App Store prices by 25 percent, bending to the pound’s drop in value following our Brexit vote to leave the EU.

Apps that cost 79 pence will increase to 99 pence, according to a notification sent to app developers today. Apps that costs $2.99 in the U.S., for instance, will now cost 2.99 pounds. Apple told developers the changes will be made in the next seven days.

“Price tiers on the App Store are set internationally on the basis of several factors, including currency exchange rates, business practices, taxes, and the cost of doing business. These factors vary from region to region and over time,” an Apple spokesman siad.

The App Store increase comes after U.K. inflation surged to its fastest pace in more than two years in December, driven by a drop in the pound’s value. Bank of England Governor Mark Carney warned on Monday that inflation could hurt consumer spending in the country.

This isn’t Apple’s first post-Brexit price increase. The company previously raised the price of hardware products including the iPhone to account for the currency’s drop in value. Since the June vote, the pound has fallen roughly 18 percent against the dollar.

For example the new AirPods launched late last year retail in the UK for £159.00 while in the US they can be had for $159.00. Spot the difference. 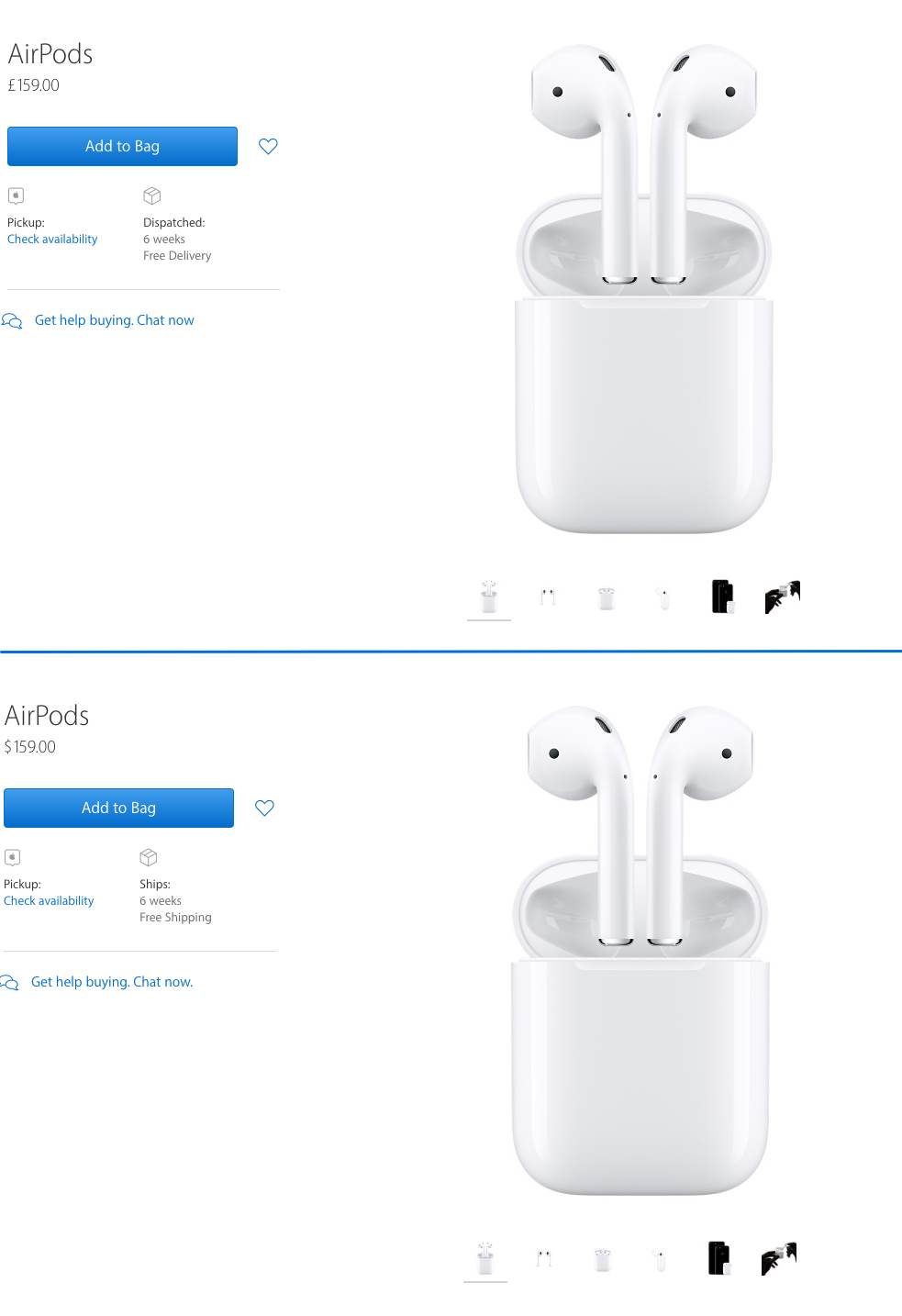